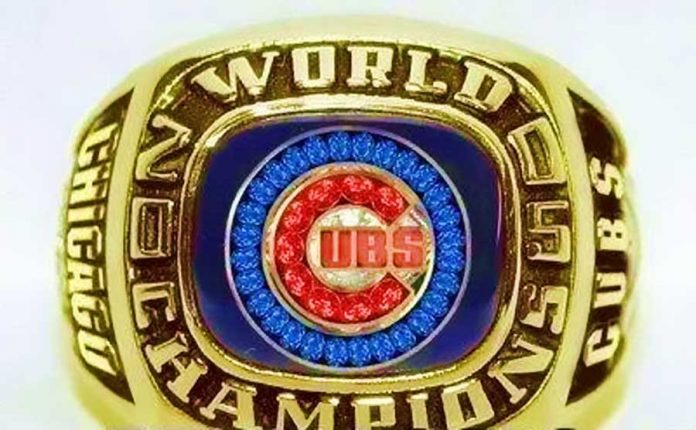 Chicago Cubs win World Series championship with 8-7 victory over Cleveland Indians, for the first time since 1908. 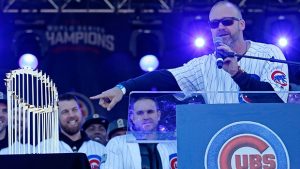 The 2016 Chicago Cubs season was the 145th season of the Chicago Cubs franchise, the 141st in the National League and the Cubs’ 101st season at Wrigley Field. To celebrate their 100 years at Wrigley, the Cubs wore a patch on their home uniforms and wore 1916 throwback uniforms on July 6.

They began the season on April 4, 2016 at the Los Angeles Angels and finished the regular season on October 2, 2016 at the Cincinnati Reds. They finished with the best record in Major League Baseball and won their first National League Central title since the 2008 season, winning by 17½ games. 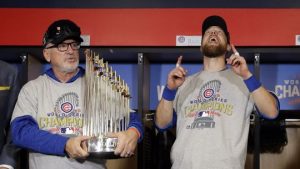 The World Series victory put an end to the so-called Curse of the Billy Goat.

In 1876, the Chicago White Stockings become one of eight charter members of the National League led by their president William A. Hulbert, who was also the owner of the Chicago club. A.G. Spalding is the manager when the team plays its first game in the history of the Chicago National League Ball Club that takes place on April 25. Spalding doubles as the pitcher and records the first NL shutout, a 4-0 win over Louisville. The first run in team history is scored by center fielder Paul Hines on a throwing error in the second inning.

The White Stockings go on to win the inaugural National League championship. Using nicknames such as the “White Stockings,” “Colts,” and Orphans,” the team plays in five different locations in the 1800s. The fledgling league thrived, as did the Chicago organization, becoming one of the sport’s first dynasties, winning six of the first 11 titles.

There were many players worthy of recognition, but the most enduring fixture from this era is Adrian “Cap” Anson, who set the franchise record for career hits (2,995) and managed the club for 19 years, earning him the nick name “Cap,” which was short for captain. 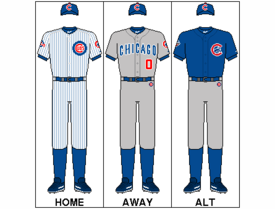 Photos: Cubs catcher Dave Ross and the other players sang “Go Cubs Go” from the stage along with the blissed-out Chicago crowd. (Nam Y. Huh/Associated Press)

PGA Championship willing to take back seat to 2016 Olympics