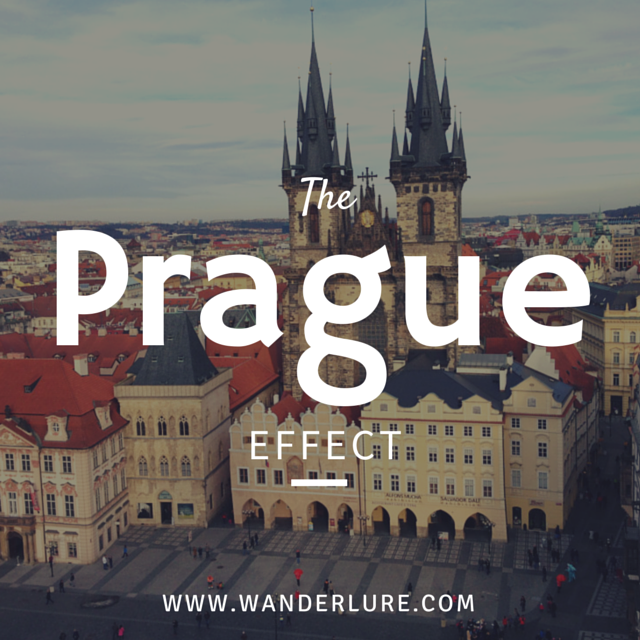 By The Wanderlure‘s blog and Collaborators

It was around 9 p.m when I arrived to Prague from Ostrava (another city in Czech Republic, that I encourage you to visit”), and after getting off from the “red tram” in Malá Strana the adventure began.

From the city lights showing off the cobble -stoned alleyways to the gloom of the architecture disclosing the sky -and hoping to be revealed the next morning- the effect began. Steps away, I caught a glimpse of the silhouette from a Castle on a hill, Pražský hrad (Prague Castle), where the Vltava River casted the silhouette as a mirror. Since that night a fact was made: my journey was not going to be ephemeral like a fairy tail.

There is “something” unique in Prague that makes me wander in allure to go back, to experience more, and to finally discover that sense of not having enough of the city. The language, the culture and the ambiance challenged me to be a traveler instead of a tourist. This is how I describe: The Prague Effect. 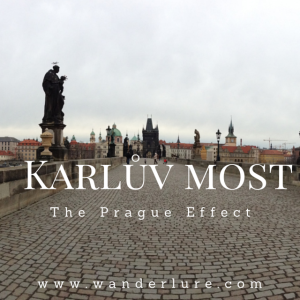 The next day, early in the morning, my story began in Karlův most, where I was able to enjoy it without the crowd-the perk of an early bird-. Then, a “royal call” invited my journey all the way to the Castle throughout the winding steps, where turning your head back will assure you a delightful view. My treasured views from Prague were held in Old Town Hall Tower & Astronomical Clock and the Petřín tower; this last one, was the cherry on the top of the cake.

Hereby we are not going to tell you an “abc” of what to do in Prague (that’s your homework). We are here to inspire and provoke your inner wanderlust to visit the city where the medieval charm meets the contemporary world. Let’s see what this outstanding travel bloggers have to say about “The Prague Effect”:

A museum of architecture under the sky…

“ Prague is one of the only European cities left largely undamaged during World War II. The charming Czech capital has often been described as a “museum of architecture under the sky” because of all its varying styles of gorgeous buildings that span several centuries. Influences from both eastern and western Europe make for a romantic, laid-back atmosphere that has drawn people in for decades. Best of all, the Czech beer is delicious and everything is quite cheap! ”

It’s two worlds, clashing together into a swirl of beauty…

“In Prague, the former capital of Bohemia (it even sounds so whimsical), the winding Vlatava River etches its vein through the city. Graffiti sprinkles crumbling brick; old apartments with grand chandeliers hang in the entry ways to apartments where people who have their own stories and will never meet live; the contrast between what goes on under the veil of darkness and the light of day is apparent and beautiful. It’s two worlds, clashing together into a swirl of beauty, of awe, of life.” 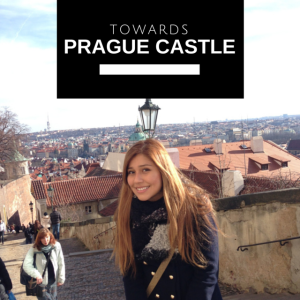 A city for all people and all weathers…

“My visit to Prague on a particularly dreary day actually inspired me to begin judging cities by a new method – if it’s beautiful in bad weather, it’s definitely worth a visit. The dull weather forced me to admire different aspects of this inspiring city. The playful draining system of the Prague Castle directing water to ‘spit’ out of the gargoyles mouths. Ducking under the cover of bridges to listen to street performers and joining in with their quirky instruments. Taking a moment to note the different palette of colours that the stained-glass windows of St Vitus Cathedral displays under clouds. Appreciating a splash of sunshine long enough to place padlock on the pedestrian bridge in the funky Mala Strana district. Truly, Prague is a city for all people and all weathers.”

Cobbled streets to the baroque churches…

Prague is a city of charm and it’s like stepping in to a fairytale from the minute you arrive. From the cobbled streets to the baroque churches, and the delicious cuisine to the exquisite Kampa Museum, Prague is a unique city with lots to see and do at any time of the year. Add it to your bucket list if you haven’t already!

“Castles, cobblestone streets, and a certain romantic-renaissance vibe will make you feel like you’re in a fairytale when you’re in Prague. But before the town charms you off your feet during the day, check out the intense and vibrant nightlife scene that Prague is also famous for. Four-story clubs with a different type of music and crowd on every level are prominent, and extremely interesting to see. If you’re looking for a unique city unlike anything you’ve ever seen before, you must see this eclectic mix of new and old, that you’ll only find in Prague!” 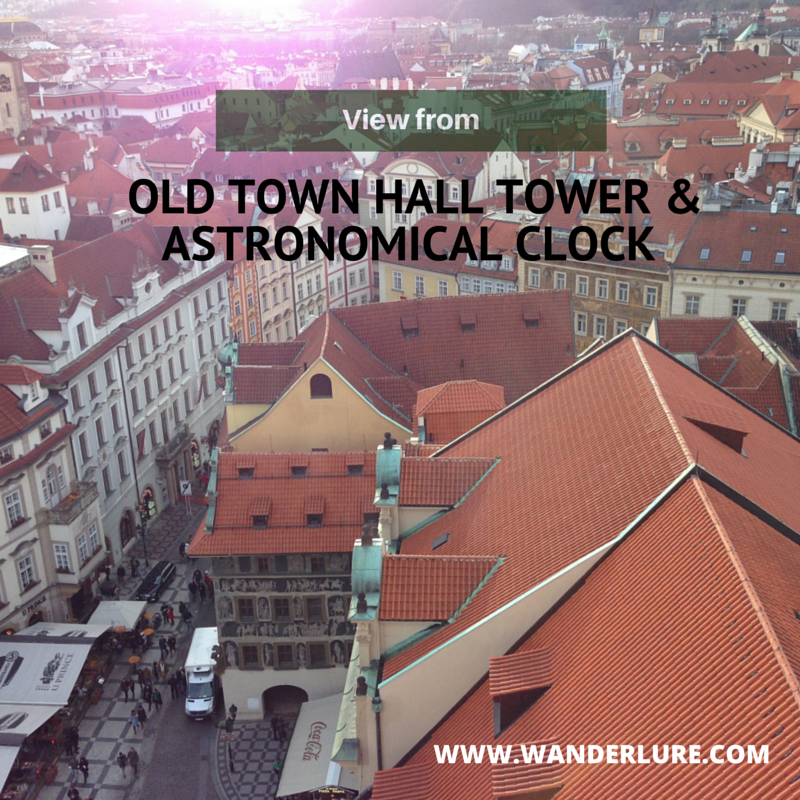 Captures your soul and mind

“There’s a certain something about Prague that captures your soul and mind…the historic buildings, the little streets around the Old Town Square, the Czech Beer and the local food, the ever rebellious Lennon wall, the animated Charles Bridge, a cold beer with friends chilling in Kampa Island and a romantic cruise on Vltava at sunset…priceless experiences that imprint in your soul forever and make Prague unique.”

Did we trigger your wanderlust? We hope we did so. Prague has been the city were getting lost was the best way to be found, because at the end everything is going to be OK, to je dobré! 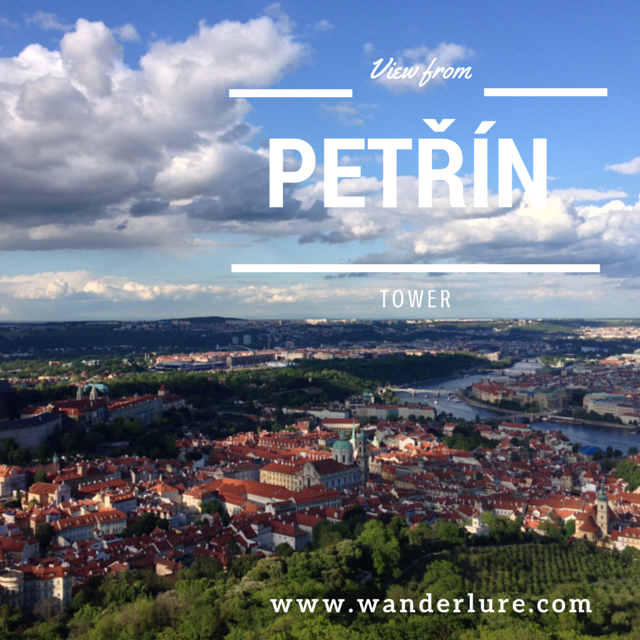 Hope to see you soon Praha and all the best for Czech Republic.

If you are looking a suggestions of where to stay: I would recommend you Arpacay Hostel, they are the best! 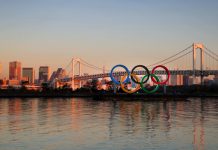 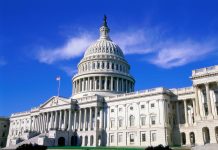