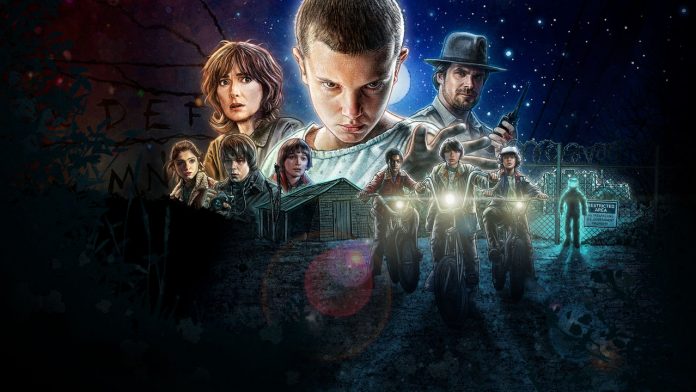 When a young boy vanishes, a small town uncovers a mystery involving secret experiments, terrifying supernatural forces and one strange little girl. On November 6, 1983 in the town of Hawkins, Indiana, 12-year-old Will Byers vanishes mysteriously. Will’s frantic mother, Joyce, searches for him while Police Chief Jim Hopper launches his own investigation. Will’s friends Dustin, Mike, and Lucas discover a psychokinetic girl who claims to know Will’s location. As they uncover the truth, a sinister government agency tries to cover it up, while a more insidious force lurks below the surface. 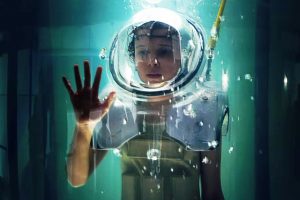 Stranger Things is an American science fiction-horror web television series created by the Duffer Brothers. It is written and directed by Matt and Ross Duffer and executive-produced by Shawn Levy. It stars Winona Ryder, David Harbour, Finn Wolfhard, Millie Bobby Brown, Gaten Matarazzo, Caleb McLaughlin, Natalia Dyer, Charlie Heaton, Cara Buono, and Matthew Modine. The plot follows the disappearance of a young boy, and a telekinetic girl who helps his friends in their search, while the boy’s older brother, his mother, and the town police chief start their own investigations.

The show is set in the 1980s in the fictional town of Hawkins, Indiana, and is an homage to ’80s pop culture,[4] inspired and aesthetically informed by the works of Steven Spielberg, John Carpenter, Stephen King, Robert Zemeckis, and George Lucas, among others.

The show was released on Netflix on July 15, 2016. It received critical acclaim for its characterization, pacing, atmosphere, acting, soundtrack, directing, writing, and homages to 1980s genre films. On August 31, 2016, Netflix renewed the series for a second season of nine episodes, to be released in 2017.