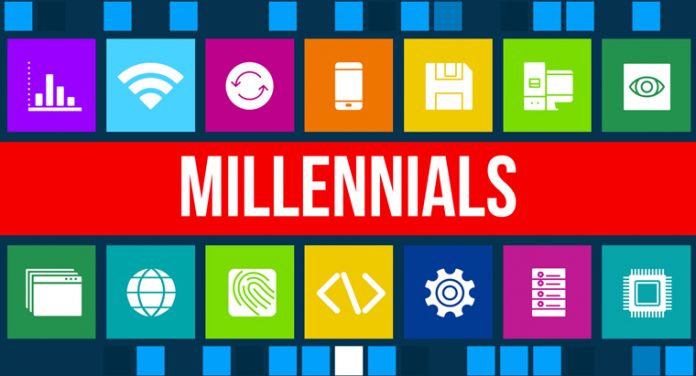 The very close (and probably true) educated estimate is 1.8 billion. There is a lot of hype about the Millennial generation, but the eight “Millennial Majors” countries may surprise you. Whether the global Millennials provide more business opportunities or challenges will depend on their economic prospects. We celebrate World Population Day each year on July 11, and this year the global population stands at about 7.4 billion people. The Millennial generation—according to demographers at Pew Research Center, those born between roughly 1981 and 1997—accounts for 27 percent of the global population or about 2 billion people. Currently between 19 and 35 years of age, Millennials are in their young adulthood and, as such, are fast becoming the world’s most important generational cohort for consumer spending growth, sourcing of employees, and overall economic prospects. They will become even more important as previous generations retire and move into a life stage of lower consumption. Given their significance to global business opportunities, understanding and appealing to Millennials has become a focus for many business leaders. But where are the Millennials globally, and what does their location mean for businesses?

About 58 percent of global Millennials live in Asia, including a whopping 385 million in India—by far the largest domestic population of Millennials in the world, and accounting for 19 percent of the global generational cohort. The next largest regional concentration is in Sub-Saharan Africa, which accounts for about 13 percent of all Millennials. This is hardly surprising given that these two regions also have the greatest overall populations, but it does point to their continued importance to consumer spending and potential economic growth in the coming decades.

In absolute terms, India, China, the United States, Indonesia, and Brazil have the world’s largest Millennial populations (see figure 1). Together they account for nearly half of the world’s Millennials. Again, this is unsurprising, as these five countries are also the most heavily populated.

But what is more important for country-specific economic outlooks and business opportunity assessments is not the absolute distribution of global Millennials. Rather, it is the size of a country’s Millennial cohort relative to its overall population. Of particular interest are those countries with both large absolute Millennial populations and a high share of Millennials in their total population (see figure 2). Eight countries in particular stand out as being in the top 20 globally for both of these measures of their Millennial populations: Bangladesh, Egypt, India, Iran, Pakistan, the Philippines, South Africa, and Vietnam.

These eight countries—which we call the “Millennial Majors”—have the opportunity to leverage their large young adult populations to generate a significant “demographic dividend” of economic growth—if they can create employment opportunities for their youth bulge. While the upside for Millennial-Majors markets is huge—potentially echoing the growth achieved by the “Asian Tigers” of South Korea, Taiwan, Hong Kong, and Singapore during their demographic dividend phase of rapid economic development in the 1960s and 1970s—the relative opportunities and challenges that these countries face in this respect divide the group into three camps.

In the more positive camp are Bangladesh, the Philippines, and Vietnam. These markets have relatively low youth unemployment rates and their economies are projected to grow rapidly over the next five years (see figure 3). If economic growth is inclusive and continues to generate economic opportunities for Millennials, this could translate into long-term sustainable economic growth and stability, as well as increasing opportunities for businesses to sell to these large consumer markets. There are anecdotal signs that the foundations for this growth are in place. A 2014 Pew Research survey found that more than 95 percent of Vietnamese, 80 percent of Bangladeshis, and 73 percent of Filipinos supported free markets, and 94 percent, 71 percent, and 52 percent respectively believed that the next generation will be financially better off than their parents.

The Millennial Majors with more mixed prospects for fully engaging their large Millennial populations are India and Pakistan. Both countries have higher youth unemployment rates than countries in the positive camp, though still at manageable levels. And India and Pakistan are both projected to sustain strong GDP growth over the next five years. Inclusive long-term economic growth in both countries, however, depends on the successful implementation of economic reform agendas. In India, for instance, Prime Minister Narendra Modi’s government has successfully lifted a number of burdensome regulations and recently allowed greater foreign ownership of businesses, but more reforms are needed to further liberalize the Indian economy and provide ample employment opportunities for its Millennials. Pakistan too has made strides to improve its economic performance in the midst of a challenging political climate and domestic instability. Its economy is growing at the fastest pace in eight years as a result of a number of structural reforms and improved security, and the country recently requalified for the MSCI Emerging Markets Index after it was removed in 2008. Inclusion on this index is associated with a significant inflow of foreign capital into a country’s equity markets and is an indicator of strong economic growth. Nonetheless, Pakistan is still struggling to attract FDI and boost its long-term economic prospects due to perceptions of insecurity and corruption.

By contrast, Egypt, Iran, and South Africa are the Millennial Majors that may face the greatest challenges in capitalizing on their Millennial dividend. These markets have higher youth unemployment rates and lower medium-term growth outlooks. This poses a challenge to these countries as they seek to generate enough employment opportunities for their large young adult populations. For instance, Egypt has struggled to generate employment in recent years as insecurity has caused steep declines in tourism receipts and FDI inflows. And South Africa’s economy has also suffered of late, in part due to the global decline in commodity prices, which has increased unemployment. Iran is a particularly interesting case. Of all countries that we analyzed, Iran has the largest Millennial cohort relative to its total population (35 percent). This generation is highly educated and technologically savvy, perhaps because international isolation and sanctions forced them to become highly entrepreneurial. While Iran has recently reentered the international economic community and taken a number of steps to improve its economic performance, such as reining in runaway inflation and curtailing fuel subsidies, broader structural factors, such as fighting widespread corruption, need to be addressed to unleash the population’s true economic potential.

It is notable that the world’s most populous country, China, does not appear on our list of significant Millennial populations. While it has the second largest absolute population of Millennials, Chinese Millennials account for only about 27 percent of the country’s total population. This is largely a result of the One Child Policy, introduced in the late 1970s to control overall population growth, which reduced the size of this cohort relative to older generations. While Chinese Millennials are more inclined than previous generations to spend money on leisure, they will also face an increasing burden of paying for the rising healthcare and social welfare expenses of larger, older generational cohorts.

Also of note is the United States, which is still the largest consumer market in the world and has the third-largest absolute Millennial population in the world. While American Millennials’ 23 percent share of the total population is low by international standards, they are now the largest adult generation in the country and make up 35 percent of the workforce. US Millennials are saddled with unprecedented student-loan debt and entered adulthood in the tumultuous economic environment surrounding the Great Recession, but unemployment in the United States has trended downward steadily in recent years and the country has a relatively solid economic outlook. So despite their unlucky start in the workforce, American Millennials may yet have sufficient economic opportunities—and in fact are optimistic about their economic prospects.

This contrasts with many developed markets in Europe where, despite the relatively low share of Millennials in the total population, many countries have very high youth unemployment rates. In part this is a result of labor market regulations that restrict employers’ ability to hire and fire workers. A recent Intergenerational Foundation report warned that youth in countries such as Greece could become a “lost generation” due to such intergenerational inequalities. And the most recent Eurobarometer survey also found that more than half of young people in Europe have the impression that “in their country, the young have been marginalized and excluded from economic and social life by the [economic] crisis.”

The size of Millennial populations and their economic prospects thus vary significantly from country to country. There is significant business enthusiasm about the potential economic impact of global Millennials, but it is important for businesses to know where the majority of Millennials are located and what their employment and consumption prospects are. The Millennial Majors will be particularly important markets to monitor for future business growth. Whether Millennials are a source of business opportunities ultimately depends on the economic opportunities that they are provided in these key markets around the world.

A.T. Kearney is a leading global management consulting firm with offices in more than 40 countries. We are a partner-owned firm, mutually committed to helping clients achieve immediate impact and growing advantage on their most mission-critical issues.