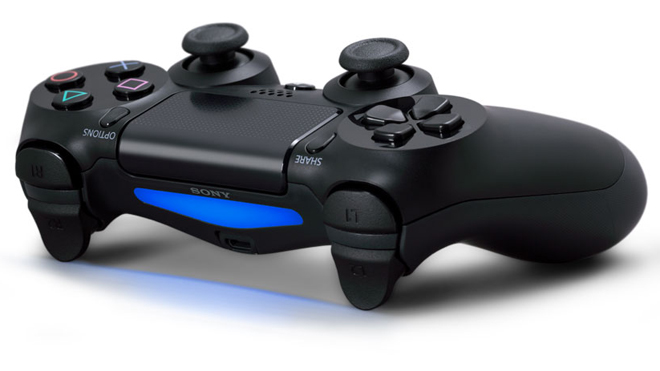 The PlayStation 4 — Sony’s latest entry into the console market — will be released Friday. Early buyers will find a technologically impressive console with exciting potential — potential that as of yet is somewhat unrealized. 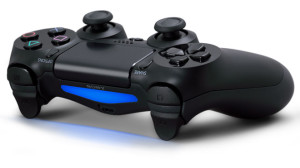 The PlayStations 1, 2 and 3 are among the most successful consoles ever released, so Sony clearly has has big expectations for the latest model. For the PS4, the company took what’s good about the PlayStation 3 and improved it substantially, and it fixed some of the grievances gamers had with the 7-year-old PS3. The bad news is that there is little that is revolutionary here.

The console itself is a thing of subtle beauty. A slanted black box with both a matte and shiny finish, sporting a sleek blue line through the middle, the PlayStation 4 will slot into most living rooms comfortably. Except for immediately after it is turned on, the console runs silently.

The controller also impresses. At first glance the DualShock 4 looks very similar to its predecessor, but a deeper look reveals solid improvements. It has new buttons labeled “options” and “share” and integrates a touch pad — although how it will be used remains to be seen. The responsiveness has also been tightened up, the controller handles better, and the triggers cradle your fingers lovingly. With these small upgrades it is the best controller Sony has ever produced.

A lot of the PS4’s appeal comes from making things easy. Games can be purchased via your work PC, and they will be sent online to the PS4 for download so they are there to play when you arrive home. Updates to games can also download in the background as you are playing. In a neat trick, you can even start downloading a game, and start playing it as it downloads. The idea is to get you to your game faster, and in this the PS4 is successful.

One of the biggest draws to the PlayStation 4 is summed up by one of the new buttons on the control pad — “share.”

Now you can take screenshots and videos of your gaming and share it with friends on Facebook or via their consoles. Additionally you can even live stream your gaming via Twitch or Ustream, so friends and anonymous gamers can watch as you play. 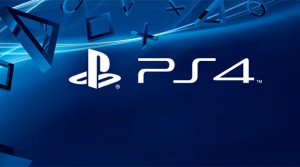 The features work well on the PlayStation 4’s easy-to-use interface, and gameplay is cleverly stored on a 15-minute lag — meaning if you aren’t recording and score an amazing touchdown in Madden 25, for instance, you can still grab it after it happened.

It’s hardly an era-defining change, and it is debatable how much most gamers will use these aspects, but it is no doubt fun to brag about gaming exploits to friends with video to back it up.

Also nifty, if you own a PlayStation Vita, the handheld can link via Wi-Fi to the PS4 so you can keep playing on the Vita if someone kicks you off the television. Dads who have to fight with wives and children for TV time will be delighted that they can continue gaming on their handheld while “Girls” or “Sesame Street” is on the television. There is also an app for iOS and Android that will add second-screen functionality and the ability to access your PlayStation account on the go.

This sums up the entire PS4 experience — lots of neat features but nothing historic. The PS4 is better and more powerful, but nothing is going to make your jaw hit the floor.

Yet a console is judged by its games, and in this the PlayStation 4 stalls. The PS4’s launch line-up struggles to justify the $400 asking price.

If you don’t own an Xbox 360, a Wii U or a PlayStation 3 then the selection is pretty good. “Battlefield 4,” “Need for Speed: Rivals,” “Madden 25,” and “Call of Duty: Ghosts” — top titles available on the aforementioned console — are among the excellent titles available, and may justify the cost.

However, beyond titles already available on other consoles, the PS4 is weak.

Its two big exclusives are “Knack” and “Killzone: Shadow Fall.” “Knack” is a fairly competent but limited platformer, while “Killzone” is a graphically strong first-person shooter and a good game, but still relatively unimpressive. Despite its visuals, “Killzone” comes in third behind “Battlefield” and “Ghosts.”

Apart from a few indie titles that may be fun but hardly justification for purchase, that’s it. As it stands, this is PlayStation 4’s biggest weakness, and there is no relief coming until 2014 at the earliest.

Hardcore gamers can go out in confidence and pick up their new console in the knowledge that the PS4 is not only an excellent successor to the PS3 but that its potential will almost certainly be realized eventually once the games trickle in. However, more casual gamers wondering whether to shell out $400 in 2013 may want to hold off until more games are released in 2014 — or until there is a price-cut down the road. by Adam Shaw to FOXNEWS