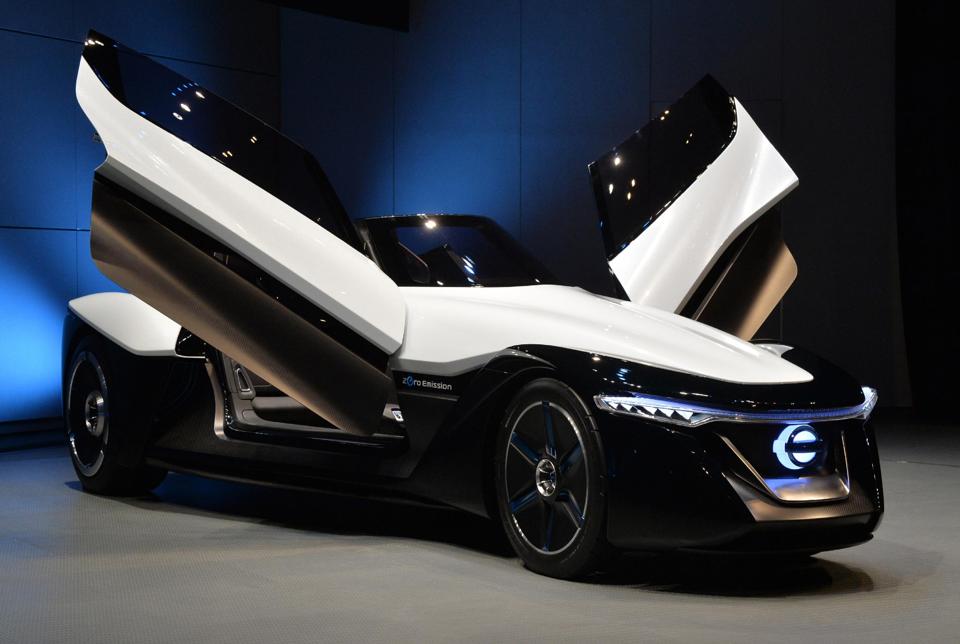 The Nissan BladeGlider concept is the blueprint for an anti-establishment small electric sports car based on the principles of the Deltawing race car and which will make production within three years.

Underlining Nissan’s commitment to making the rear-drive car, senior executives confirmed that a test mule, based around a modified Ariel Atom, is already running, and that Deltawing race car designer Ben Bowlby has already been heavily involved in the project.

“When I was growing up the principle was that young people wanted a sports car and their parents hated the idea of them – the problem with all of today’s sports cars is that they are actually owned by parents,” said Nissan’s engineering chief Andy Palmer. “We are exploring ways of getting back to a sports car that is affordable, challenging and appealing for young people.”

The BladeGlider concept will be revealed at the Tokyo motor show, and is one vision of how the concept will work. Styling of the production car is expected to change, with the BladeGlider being described by design chief Shiro Nakamura as “an extreme interpretation” of how the car could look. Like the Deltawing race car it has an extremely narrow front track, measuring just one metre, and a much wider rear track, which Nissan only describes as “stable”.

Although technical details are scarce, the deltoid body shape is wrapped in carbonfibre-reinforced plastic, with the interior seating three people: a centrally placed passenger and two passengers either side, as pioneered on the McLaren F1 road car.

The narrow front end aids aerodynamic efficiency, while the carbonfibre underbody creates downforce without the need for drag-enhancing wings. The car’s weight distribution is 30:70 front to rear, thanks largely to the low and rearward positioning of the lithium ion batteries and low weight of the in-wheel electric motors. The latter technology has been confirmed for the production car, a Nissan first.

“I’ve driven the prototype, and it is unlike anything I have sampled before,” said Palmer. “This is the car that takes advantage of all the packaging benefits of an electric powertrain. All that weight and the set-up of the front racks means that the car is incredibly pointy, but the rear track and downforce mean that you can catch the oversteer with amazing ease.”

Palmer confirmed the car will make production, sitting below the more traditional Nissan 370Z sports car in the firm’s line-up and in terms of price, meaning it will cost significantly below £30,000 despite its hi-tech electric powertrain. (autocar-uk)

Road rage! Beware the man in the blue BMW