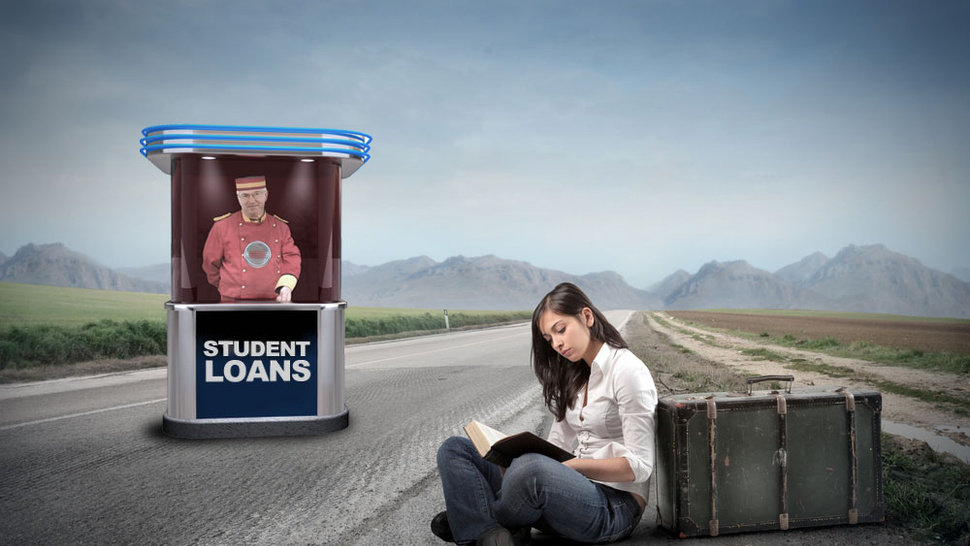 Student loan forbearance or deferment are popular options for those who are finding it hard to pay student loans, but borrowers may be making an expensive mistake when they enroll in one of these programs.

First, here’s a brief overview of the four main income-based repayment programs. Keep in mind these apply to federal loans, not private loans. With private loans, you are at the mercy of the lender, as they aren’t required to offer any of these options.

Forbearance
If you don’t qualify for deferment to pay student loans, you may be eligible for forbearance, which allows you to make no payments, or reduced payments, for up to a year. Interest will accrue on your subsidized and unsubsidized loans (including all PLUS loans) and unpaid interest will be capitalized.

If you qualify for IBR, your maximum monthly payments will be 15% of discretionary income, using a specific formula. Under the newer Pay As You Earn (PAYE) program available to recent borrowers, the cap is 10% of discretionary income. Payments can be as low as $0 if you are unemployed. Balances will be forgiven after 10, 20 or 25 years, depending on the program you are in and whether you work in a qualified public service job.

With subsidized loans in IBR, the government will pay up to three consecutive years of interest that accrues but is not repaid. With unsubsidized loans, interest accrues. In both cases, interest is capitalized if you are determined to no longer have a “partial financial hardship,” or if you drop out of IBR.

Under this plan, borrowers’ monthly payments are pegged to income, family size and the amount owed. After 25 years, any remaining balance is forgiven. (Or after 10 years for public service loan forgiveness.) Accrued interest is capitalized annually.

Deferment or forbearance may seem like a blessing if you are not able to make your student loan payments, but they may wind up being a curse. While they may offer a reprieve for someone facing a short-term financial hardship, they don’t offer long-term relief from overwhelming debt.

Our reader Robyn explained that she borrowed about $20,000 in student loans:
I worked and paid…paid and worked. Took a couple of forbearance(s). Upon restarting payment, I had to pay $500.00… Sallie Mae suggested a consolidation. I did it. Then the loan total rose to $55,000. Interest $27,000.

“Deferment and forbearance is like putting a Bandaid on a stab wound,” warns Joshua Cohen, also known as The Student Loan Lawyer. “What happens in 12 months when that deferment (or forbearance) ends?”

Some of the fault may lie with servicers who find it easier and faster to push those options instead of IBR. Borrowers may be “pressured to go into forbearance without even being told about their options,” warns Lauren Asher, president of The Institute for College Access and Success. She points to a memo that discussed how three-quarters of delinquent borrowers whose loans are handled by four large companies were “cured” by putting their loans into deferment, while only 24% had made payments on their loans.

That means the majority ended up with at least as much debt as when they went into default — and quite likely more — if their loans accrued interest, which is likely as Asher notes that 82% of borrowers with subsidized Stafford loans also have unsubsidized loans. Our reader D. Kranz commented on the Credit.com blog:

One thing that would help is if they would stop the capitalization of interest when the loans are deferred or placed in forbearance… All this is doing is moving us backwards…Why can’t they waive the interest on students or even have it at an affordable rate 1-2% and no capitalization? Even finance companies don’t capitalize.

The reason IBR, ICR — and now PAYE — may be more effective is that borrowers may get reduced payments now and then also be eligible for loan forgiveness in the future. In other words, there is a light at the end of the tunnel.
In the past, Asher notes, it was more difficult to apply for IBR and so borrowers would take the easiest route (usually deferment), which was also the one usually recommended when they reached out to their lender for help. But hopefully that’s changing.

Borrowers now have access to an online portal where they can find out which student loan repayment programs they are eligible for. Once you sign in, explains Asher, you can “any of the income driven repayment options. You don’t even have to know which one you qualify for. You can even draw the IRS data (from your tax returns) into the form.”

All of these programs are largely off-limits to parents who took out Parent PLUS loans, with one exception: when Parent PLUS loans are consolidated with a Federal Direct Consolidation Loan, they become eligible for ICR. The formula for determining ICR eligibility is complicated, Cohen warns: “There’s a square root in it.” But for some, it can be a tremendous benefit. “It’s possible the term can be shorter than 25 years,” he notes.
Still Out of Reach?

Still, even the low payments offered under IBR can be out of reach for some borrowers. Our reader, Liz, for example, is struggling with cancer and about $97,000 in student loan debt. She wrote, “As someone with an older loan that requires 15% of one’s income, not the 10%, at a lower income level this is also too onerous.”

Usually, though, borrowers can use IBR to pay student loans if they very carefully manage their spending. “A lot of times they think they can’t afford (the payment under IBR), but it’s often the budget,” observes Cohen.
And what other choice to do borrowers have? Until it is easier for borrowers who are deeply in debt to discharge student loans in bankruptcy, this is often the only hope they have of ever seeing a zero balance.
Need Help on Your Student Loans?

If you’re struggling to pay student loans, research these programs immediately. Try the tools offered at the government’s student loan website, and talk to the company servicing your loan. But if your lender pushes forbearance, don’t assume that’s the only — or best — option. “No one can predict the future but forbearance can be very costly,” Asher says. “It’s far too costly to use for a long-term strategy.”

If you are still having trouble understanding or evaluating your options, you may want to talk with a consumer law attorney with expertise in these programs. These attorneys often charge affordable fees, knowing their clients are in a financial bind.

Burger King acquires Tim Hortons in a Whopper of a deal