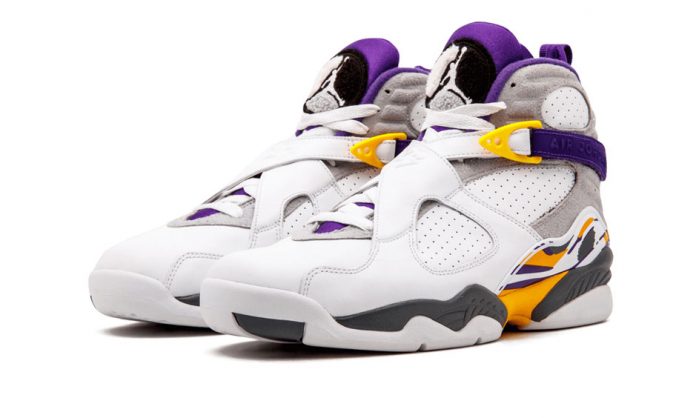 A set of unreleased Air Jordan player exclusives created for Kobe Bryant has found its way. The Air Jordan “Kobe Bryant” pack — which includes Los Angeles Lakers-inspired colorways of the Air Jordan 3 and Air Jordan 8 — is available at sneaker consignment store Stadium Goods in a size 7.5.

Product Details: Kobe Bryant was a free agent during the 2002-2003 NBA season and didn’t have commitments with any sneaker brand. During this time, Jordan Brand gifted Kobe with exclusive designs, including the Air Jordan 3 Retro ‘Kobe Bryant’ PE. BUY NEW $25,000.00

The sneaker boasts iconic elephant print elements, as well as a Home White leather upper and Lakers-inspired gold and purple details on the heel, eyelets, Jumpman logo, and lining. Part of the Kobe Jordan pack, alongside an Air Jordan 8 Retro PE, these were never released to the public and only gifted to friends and family, a period when he was a sneaker free agent following his original endorsement deal with Adidas. In an attempt to sway Bryant to the Swoosh, Nike and Jordan Brand created these special colorways exclusively for the Black Mamba.

Every Pair Means Something Different: We source, scramble and curate the best selection of sneakers we can find from around the globe. We’re here to help you find just the right pair, or if it’s streetwear you’re looking for, we’ve got you covered.

We’re In This Together: Want to learn more? Give us a shout. Whether you’re buying or selling, we’re here to make the process as seamless and easy as possible, from start to finish.

Stadium Goods was founded in 2015 by John McPheters and Jed Stiller, who share the role of CEO. In August 2016, Stadium Goods entered the Chinese market through partnership with Alibaba’s Tmall, a platform for businesses to sell brand name goods to consumers based in China. In November 2017, during the Single’s Day promotion on Alibaba, Stadium Goods reached $3m in sales during a 24-hour period.

In 2018 Stadium Goods received backing from LVMH Luxury Ventures, and in January 2019 it was acquired by the London-based online retail company Farfetch for $250m.

In 2018, McPheters and Stiller were selected for the Business of Fashion 500 list, the WWD 40 of Tomorrow, and the Footwear News Power 150.

In December 2019 plans were announced for a second Stadium Goods store in the U.S., located in Chicago. The store is due to open in the second quarter of 2020.

Stadium Goods hosted a pop-up shop at its SoHo location with a meet-and-greet event with DJ Khaled in April 2016. In May 2019, Stadium Goods collaborated with the luxury boutique retailer Browns (also owned by Farfetch) to set up a pop-up store in London.

In July the same year, during the Fortnite World Cup, the esports group FaZe Clan hosted a pop-up shop at Stadium Goods. Also in July 2019, Stadium Goods partnered with Sotheby’s to organize an online auction of 100 pairs of rare, collectible sneakers. Canadian investor Miles Nadal purchased 99 out of the 100 pairs in the collection, with a winning bid of $850,000. The remaining pair, the original sample model of the 1972 Nike Inc. Moon Shoe, was sold for $437,500 – becoming the most expensive pair of sneakers ever sold at an auction. Only a dozen pairs of these sneakers have been made, and the one auctioned by Stadium Goods and Sotheby’s is the only known unworn pair in existence.

In October 2019, Stadium Goods opened a pop-up store at Fred Segal in West Hollywood for a period of three months. The store included capsule collections, immersive experiences, and installations. 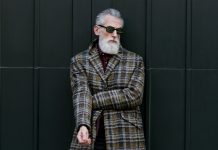 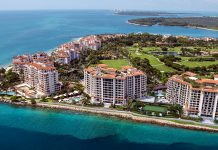 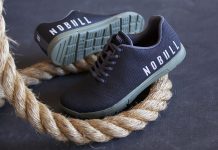