President Barack Obama joined with Bill and Hillary Clinton on Wednesday to recognize the legacy of John F. Kennedy, the president who inspired a generation until he was felled by an assassin’s bullets 50 years ago this week.

Obama, former President Clinton and former Secretary of State Hillary Clinton laid a wreath and bowed their heads before Kennedy’s grave at Arlington National Cemetery. As a bugler played “Taps,” an eternal flame at the gravesite fluttered in a chilly autumn breeze and Kennedy family members stood nearby.

It was a remarkable meeting of Democratic heavyweights to mark the anniversary of Kennedy’s death on November 22, 1963, an event that has spawned countless books and conspiracy theories on whether assassin Lee Harvey Oswald acted alone.

The day was steeped in powerful political imagery as Obama awarded the highest U.S. civilian honor, the Presidential Medal of Freedom, to Bill Clinton and 15 other Americans who have made significant contributions to U.S. culture, politics, sports and science.

The White House event was intended as a testament to the memory of Kennedy, who signed an executive order shortly before his death creating the Presidential Medal of Freedom. Kennedy also established the Peace Corps and set the country on a path to landing humans on the moon.

Kennedy was shot to death as he and his wife, Jacqueline, rode in a motorcade in Dallas. America has been awash in televised remembrances of the death of the handsome, vigorous 46-year-old president and subsequent killing of Oswald by nightclub owner Jack Ruby.

White House officials decided to mark the occasion with the Medal of Freedom ceremony to remember Kennedy’s life rather than the macabre circumstances of his death.

The event allowed Obama and Clinton to warm a relationship that has seen its share of strains and came as speculation mounts that Hillary Clinton might seek to succeed Obama as president in 2016.

Just last week Bill Clinton jumped into the political fight over Obama’s healthcare law by telling a TV interviewer that Obama should “honor the commitment” he made that if people like their insurance plan, they can keep it.

Millions are seeing their insurance plans canceled despite Obama’s pledge, and the resulting loss of trust in his leadership has contributed to a downward spiral in his job approval ratings, down to 37 percent in a new CBS News poll.

A new book, “Double Down,” by journalists Mark Halperin and John Heilemann, said Obama in the past has found Clinton to be exhausting, and quoted him as telling an aide, “I like him … in doses.”

Perhaps mindful of that anecdote, Obama went out of his way to honor Clinton, who was president from 1993-2001 and heads the Clinton Global Initiative, a global charity organization.

Clinton’s lifelong interest in public service dates back in part to a 1963 visit to the White House where he shook Kennedy’s hand four months before the assassination.

Obama said he was grateful for the patience Clinton had shown during the endless travels of Hillary Clinton as the top U.S. diplomat.

“I’m grateful, Bill, as well for the advice and counsel you have offered me on and off the golf course, and most importantly for your life-saving work around the world, which represents what’s very best in America,” Obama said. (REUTERS) 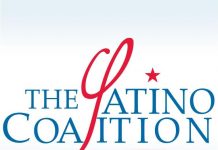 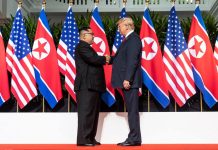